The band split. Two decades later, a battle for the domain 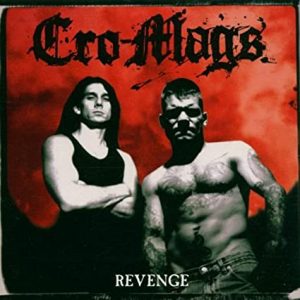 Parris Mayhew and Harley Flanagan produced the album Revenge in 2020. Flanagan is trying to get the domain Cro-Mags.com.

A World Intellectual Property Organization panel has determined that a cybersquatting dispute over the domain name cro-mags.com was filed in abuse of the policy.

Savoia NYC, an entity associated with musician Harley Flanagan, filed the dispute in an attempt to get the domain name. The domain is registered to Parris Mayhew who, along with Flanagan, made up the band Cro-Mags at the turn of the century. The pair put out an album called Revenge in 2020.

Mayhew was co-owner of an entity with Flanagan that held a trademark for Cro-Mags when he registered the domain name in 1999. So the domain was clearly not registered in bad faith.

Savoia made an argument for retroactive bad faith, which didn’t fly with the panel. Panelist Frederick Abbott noted that the Complainant left out key details about the history between Flanagan and Mayhew when it filed the case. In finding reverse domain name hijacking, Abbott wrote:

The Panel finds it difficult to believe that Complainant and its counsel thought they could succeed in this proceeding if Respondent responded. Respondent did respond. While Complainant’s lapse in providing evidence in theory might have resulted from lack of awareness of underlying facts, those facts should have been readily apparent from adequate preparation and investigation. In addition, there is no apparent excuse for proposing a legal theory that is unsupported by UDRP precedent.

Post link: The band split. Two decades later, a battle for the domain