FMA, once one of the domain industry’s most revered domain investors, sues its former attorneys. 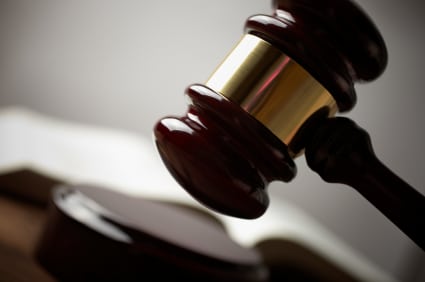 For years, Future Media Architects was known in the domain name industry for owning a portfolio of high-quality domain names—and for never selling them.

People knew the company’s founder, Thunayan Al-Ghanim, as Elequa. He was somewhat of a mystery man, but domain investors envied his portfolio.

Then, earlier this decade, Future Media Architects (FMA) started selling domain names. It was difficult to get a picture of what changed. It became clear that there was a family struggle over the company, which Thunayan co-owned with his sister Shareefah.

A new lawsuit (pdf) sheds more light on what has happened in the interim, and alleges that law firm Akin Gump took advantage of both Thunayan and FMA. As Thunayan allegedly suffered from substance abuse and mental health problems, Akin Gump began representing both him personally and FMA, according to the suit.

In addition to this troubling dual role, the lawsuit alleges that Akin Gump and its employees then undertook a series of bizarre transactions and relationships to its financial benefit. The suit states:

Those rushed domain sales included bit.com for $300,000 and 333.com for $750,000, according to FMA. Akin Gump billed FMA for advising on these sales while paying a commission to Uniregistry to facilitate them, the suit says.

FMA believes these sales were rushed through in order to generate cash to pay Akin Gump. In fact, an Akin Gump attorney used access to FMA accounts to pay some of the bills, the suit alleges.

The complaint says the law firm helped Thunayan open special purpose entities and bank accounts, some of which Akin Gump employees were able to control.

Heidi Liss, who was Senior Counsel for the firm, formed companies such as Accubon LLC and Vista Global Advisors, LLC, according to the lawsuit. The latter’s website states:

We provide bespoke consulting and advisory services to international private clients and their professional advisors. Through our global network, we provide customized solutions to protect wealth and provide for future generations.

In 2015, Accubon, which was owned by Liss, entered into a consulting agreement with FMA, the suit states. According to the the lawsuit, the agreement installed Liss as FMA’s interim CFO and member of FMA’s executive management team. The lawsuit alleges that Liss subsequently transferred funds from FMA entities to Vista Global. FMA also paid off Liss’s and her daughter’s credit card bills in 2015 for charges including hair cuts, Broadway tickets and a purchase at Nordstrom, according to the lawsuit.

The lawsuit alleges that Liss worked with Akin Gump lawyers to get her daughter hired as Thunayan’s personal assistant at an annual salary of $120,000.

Akin Gump also represented both Thunayan and FMA on both sides of a $3 million loan between the two parties to purchase a condo in Cayman Islands, according to the lawsuit.

FMA is seeking damages in excess of $20 million.

© DomainNameWire.com 2019. This is copyrighted content. Domain Name Wire full-text RSS feeds are made available for personal use only, and may not be published on any site without permission. If you see this message on a website, contact editor (at) domainnamewire.com. Latest domain news at DNW.com: Domain Name Wire.