This week, our first place winner on the insightful side is an anonymous comment making the simple, undeniable point that ICE’s fake college sting really isn’t surprising:

Hasn’t it always been like this for federal enforcement?

Let’s be fair, if it wasn’t for honey traps, self-made criminal operations, and entrapment stings the feds wouldn’t have much of a job or many busts.

In second place, it’s PaulT responding to an example of that disappointing tendency some have to support SLAPP suits when they target publications they don’t like for unrelated reasons:

Then, when someone tries this crap against an outlet you do support, there’s already precedent against them – and you’ve gleefully demanded it’s available to be used against them. Bravo.

For editor’s choice on the insightful side, we start out with a comment from Spyder about Pete Davidson’s NDA requirement for his stand-up show:

So does that mean, after seeing the show, I could not tell my friends/family “Yeah, the show was great, you should go see it”? By the reading of the NDA, that would be “offering an(y) opinion” and render me liable.

Given that there would be no other reviews of the show available online (as per the NDA), how else would someone be able to determine if the show is worthy to view?

Next, it’s That One Guy aiming to answer the question of why Creative Futures members aren’t commenting about the group smearing a respected law professor:

By refusing to comment on the matter the default assumption, until they do comment, should be that they support what has been done and said and are just too cowardly to come out and admit it.

Microsoft may not have issued an official statement on the issue but they at least had the guts to make clear that they did not agree with what had been done and were willing to make that displeasure clear by disassociating themselves from the pack of dishonest fearmongerors, and if a company like them can do so any of the rest could as well, if they actually objected to what had been said.

Over on the funny side, our first place winner is an anonymous comment from our post about the author who tried to trademark all use of the word “dark”:

It was a trademarked and stormy night…

In second place, it’s Stephen T. Stone with a speculative dramatization of the lead-up to Devin Nunes’ lawsuit against CNN:

Devin Nunes, to his lawyers: CNN would obviously run from this fight. It’s owned by a massive multi-billion-dollar media conglomerate with plenty of money for lawyers. So why would they risk losing the suit by keeping it alive and going through to discovery?

One of the lawyers: Well, sir…

Nunes: You’re fired. And sued for defamation. And I’m pretty sure I can claim eminent domain on your house now. Now get out before I have you thrown out and sued for the emotional distress of having you thrown out.

Nunes: This is an excellent plan.

For editor’s choice on the funny side, we start out with an anonymous commenter who offered an alternative theory about the silence from Creative Futures members:

Mike, the reason that you didn’t get any comments is that you don’t have a license to consume that content.

And finally, we’ve got one more comment from Stephen T. Stone — because before his more substantial skit above, he offered up a single line of dialogue from Nunes to his lawyers which deserves to be presented using the source material it references: 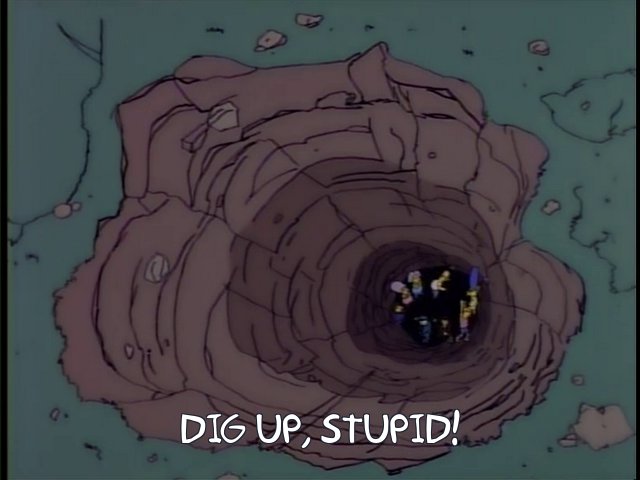