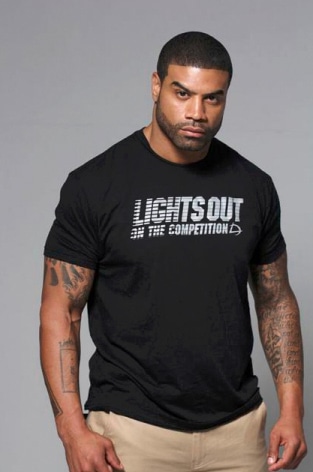 Lights Out Holdings, LLC, the holding company for the brand, filed a cybersquatting complaint in July against the owner of LightsOut.com in an effort to upgrade its domain name, but National Arbitration Forum panelist Debrett G. Lyons called offsides.

In the complaint, Lights Out Holdings wrote of the current owner:

…He is and always has been a blatant squatter, whose intent has become more obvious with each passing year of squatting. While the website is a more elaborate place-holder than usual (because of the circumstances), the website content has become exceedingly stale.

There were several problems with the case and Lyons determined that Lights Out Holdings did not prove the domain was registered and used in bad faith.

It would have been very tough for Lights Out Holdings to prove bad faith, especially since the domain name is rather generic and is not used to promote clothing or anything related to sports. It takes a while to find the clothing company on Google when you search for “Lights Out”. There was a dispute about the registration date, but even setting it aside it would have been difficult for the clothing company to win this case.

The Panel does not find bad faith. Whilst the Complaint failed because there was no evidence of registration in bad faith in the circumstances of the case, the Panel finds that Complainant might have had a legitimate, albeit misconceived, belief that it had superior trademark rights and that its claim was sustainable.

Merriman and Lights Out Holdings have been trying to defend the term Lights Out. This seems like it will be quite difficult to do. In the photo (published to the right) attached press release about action against Under Armour, you might notice a lack of trademark symbol and that “Lights Out” is part of a longer phrase. I’ve also frequently heard the term “lights out” used in sports.

© DomainNameWire.com 2018. This is copyrighted content. Domain Name Wire full-text RSS feeds are made available for personal use only, and may not be published on any site without permission. If you see this message on a website, contact copyright (at) domainnamewire.com. Latest domain news at DNW.com: Domain Name Wire.