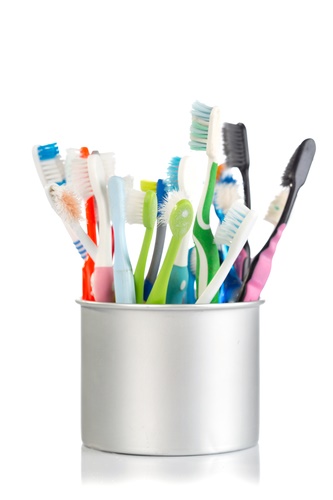 In Loops, LLC v EUIPO, Case T‑385/15 (14 June 2016), the General Court of the European Union held that held that the three dimensional shape of a toothbrush lacked any distinctive character and could not be registered as an EU trademark. The applicant, Loops LLC, claimed that the shape of its toothbrush differed from other, similar products, in that it looked like “a cross between a brush and a teaspoon,” because its handle was “significantly broader than its head,” and “the shape of the handle [wa]s comparable to that of a teaspoon.” Images of the applicant’s specific toothbrush shape are reproduced at right.

An examiner of the European Union Intellectual Property Office denied the application. The EUIPO Board of Appeal upheld that determination, finding that “the average consumer in the European Union would perceive the mark applied for, as a whole, merely as a variant of the shape of the goods for which registration was sought.” Loops then appealed to the EU’s General Court.

In a decision dated 14 June 2016, the court agreed with the EUIPO’s refusal to register the shape. The court observed that  under Article 7(1)(b) of Regulation No 207/2009 regarding the Community Trade Mark, “trade marks which are devoid of any distinctive character” cannot be registered as trade marks. The court wrote that,

[T]he mark applied for is in the form of a toothbrush and not, as the applicant claims, a cross between a brush and a teaspoon, notwithstanding the fact that the head is substantially narrower than the handle. Such a characteristic is neither unique nor significant, since it is apparent from the Internet research carried out by the applicant itself on a search engine, and reproduced in the application, that a toothbrush model has a handle whose width just after the ‘shaft’ is significantly greater than that of the head.

The court also determined that the presence of bumps on the upper portion of the toothbrush were not distinctive design features but “reflect[ed] a functional characteristic, namely to allow a better grip of the toothbrush, in particular by children.”