offCompany tries (and fails) to upgrade its domain through a cybersquatting complaint. 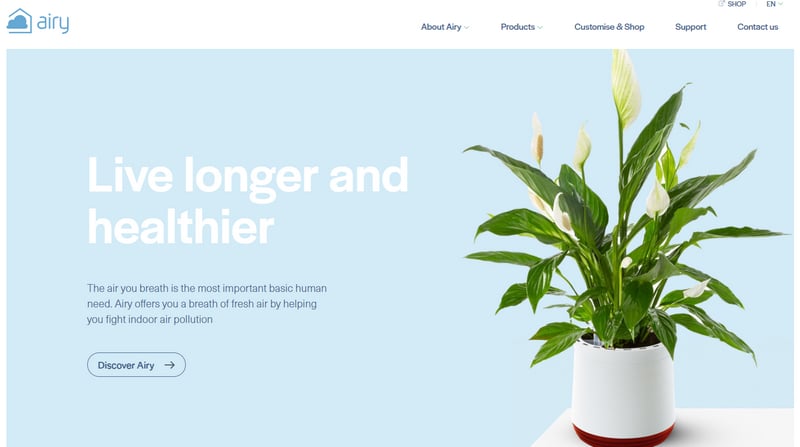 AIRY wanted to upgrade its domain to AIRY.com, but a WIPO panelist determined the case was brought in bad faith.

Talk about kicking someone when they’re down.

This case has lots of twists and turns, but it ultimately shows how egregious the Complainant’s actions were in bringing the case, and then not withdrawing it when more facts became apparent.

AIRY GreenTech sells a plant system designed to clean your indoor air. It uses the domain airy.green for its website.

In 2017, the Respondent swooped in and bought the domain for $150,000. It operated the travel website AiryRooms.com and forwarded its new domain to AiryRooms.com.

A Uniregistry domain broker followed up with AIRY GreenTech after the Respondent bought the domain. This might have been confusing to AIRY GreenTech, but it still doesn’t excuse its case.

Even though Airy.com started forwarded to AiryRooms.com, AIRY GreenTech decided to file a UDRP in May against Airy.com. It argued:

Sometimes I think lawyers should have a layperson read their arguments just to see if they make sense. That layperson would ask, “So the perpetrator is trying to trick your customers looking to improve their indoor air quality by selling travel in Indonesia?”

Yeah, it doesn’t make much sense.

If the Complainant didn’t do its homework before filing, it certainly should have known its case was dead after receiving verification information about who actually owned the domain. But it doubled down instead.

Despite this new material being placed before it, the Complainant merely indicated that it declined to direct the Complaint against the Respondent, noting that it was content to proceed against the privacy service which was the registrant originally noted on the public WhoIs record. Incongruously, the Complainant then went on to refer to the newly disclosed Respondent in the amended Complaint…

Panelist Andrew Lothian concluded that the case is an example of “Plan B” reverse domain name hijacking in which a company tries to buy a domain and resorts to UDRP when it is unsuccessful. He wrote:

The Panel concludes that this is a Complaint which was destined to fail and should never have been brought. In these circumstances, it is particularly regrettable that the Complainant’s actions have caused the Respondent to invest considerable time and resources in preparing and submitting a substantial Response at a time when, as it notes, it is also having to deal with the sudden detrimental effect of the current global pandemic upon its business.

It strikes me that now would be an excellent time for AIRY GreenTech to try to buy Airy.com. The domain owner has fallen on hard times due to the pandemic and has ceased its business. It would probably sell the domain for less than it bought it for.

Except…AIRY GreenTech took the low road instead of the high road. That’s going to make negotiating to purchase the domain much more difficult.