Last year, we discussed a really dumb trademark lawsuit against two guys running a pizza company brought by the Garden State Parkway, of all things, because the pizza company’s logo was a clear homage to the GSP logo. You see, the two pizza-making guys were originally from New Jersey, and so thought that fashioning their company logo as a tribute to their shared roots was a good idea. The GSP seemed to think that this amounted to trademark infringement, despite the fact that managing the New Jersey Turnpike and slinging delicious pizza pies are fairly distinct marketplaces. A federal judge disagreed with them, however, and dismissed the lawsuit.

That hasn’t stopped the Turnpike Authority from threatening others, it seems. A winery, one that also uses labels that are a clear homage to the GSP logo, is seeking a declaratory judgement that it too is not committing trademark infringement after it had received a cease-and-desist letter.

Old York Cellars of Ringoes filed a declaratory judgment action against the New Jersey Turnpike Authority, which operates the Parkway, after receiving a cease-and-desist letter from the agency over the look-alike logos. The dispute highlights a spate of cases where government entities have acted to trademark intellectual property.

The Garden State Parkway logo was registered with the U.S. Patent and Trade Office, but the lawyers for Old York Cellars argue that the statute creating the highway agency does not permit licensing of its intellectual property because it is not an activity related to transportation. Old York also says federal regulations prohibit intellectual property protection for traffic control devices. The public is unlikely to be confused between a highway agency and a business that makes wine, even if the state’s trademark is valid, Old York said in its complaint.

And, just to add to all of that, the logos in question are far less similar in this case than they were in that of the pizza company. Here are both, side-by-side so that you can judge for yourself. 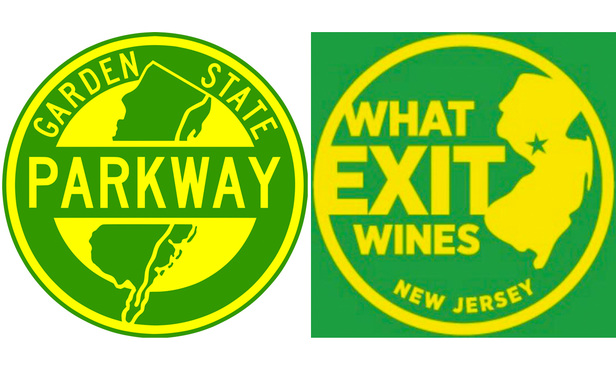 I get that the colors are the same, but much of the rest is rather distinct. Not to mention that the names of both organizations are featured prominently and in large font on both logos. Does the Turnpike Authority really want to argue that there is a likelihood of public confusion here? As though the public in New Jersey would walk into a liquor store and somehow think that the same group running the Turnpike is also selling wine? Really?

I would expect that the court would find in favor of the winery for declaratory judgement. Certainly any actual trademark suit brought by the Turnpike Authority would likely be similar enough to the one it brought against the pizza company to end with the same result.