If you really want to believe the nation is unsafe and under threat from foreigners of all kinds, the government entities in charge of ensuring your safety are more than happy to oblige your dark fantasies.

No one should be surprised that the [Texas] Department of Public Safety overstated the number of “high risk” arrests they made as part of the border surge, as AP’s Paul Weber ably reported last week. “Among the ‘high-threat’ incidents was a trailer that unlatched from an RV and rolled into oncoming traffic, killing another driver in a town more than 150 miles from the border. Other crimes lumped in with suspected killers and human traffickers were speeding teenagers and hit-and-runs that caused no serious injuries.”

Nothing sells like fear. And the Department of Public Safety is in need of some sales. There’s $800 million in border security dollars at stake. At least. The DPS would like $300 million more this year because it’s just damn unsafe to share a border with a foreign country.

If securing that money requires portraying any influx of Mexican citizens as an apocalyptic crimewave, the DPS can certainly do that. There are no limits to its statistical manipulations. Grits for Breakfast points to the Corpus-Christi Caller’s derisive editorial detailing the DPS’s bullshittery.

The DPS classified 1,800 arrests as high-threat. And apparently many of them actually were. But, according to an Associated Press analysis, many of these arrests turned out to be for drunken driving, failure to pay child support and minor drug possession. The DPS didn’t bother to differentiate user amounts from smuggler amounts in its statistics. It also considered 60 counties to be border-region, which undoubtedly would tax the imaginations of even our best and brightest middle school geography teachers.

It’s not just a border thing. The same number are used to nail down Drug War dollars. The DPS says “high threat” traffickers, conveniently obscuring the fact that nearly 30% of the busts it references were for less than a gram of cocaine or marijuana.

The DPS responded to the AP investigation with the rather astounding claim that the numbers it was inflating to obtain more border security dollars weren’t being misrepresented to obtain more funding.

In response to the AP’s findings, the Department of Public Safety said it will recommend removing child support evaders from the list and signaled a willingness to stop classifying other arrests as “high threat.” However, it defended the data overall, saying it isn’t intended to measure border security, even though the figures are included in briefings to lawmakers.

Whatever. Lawmakers certainly believed the DPS was making border security “measurements” with its twisted facts. That’s all that matters. While there are some disbelievers, like Rep. Terry Canales (“It’s deceptive to say the least…“), there were certainly far more who bought into the “fear for your safety” narrative.

And why wouldn’t they? Using illegal immigrants to gather tax dollars is a longstanding Texas tradition. If the DPS feels comfortable calling deadbeat dads “high threats,” it’s only because its role models — a long string of indistinguishable governors (Rick Perry, Greg Abbott) and alleged serial killer Sen. Ted Cruz — have built sustainable political careers by capitalizing on a fearful narrative not actually backed up by numbers. And if it’s not Mexican immigrants, it’s ISIS setting up franchises right over the fence. 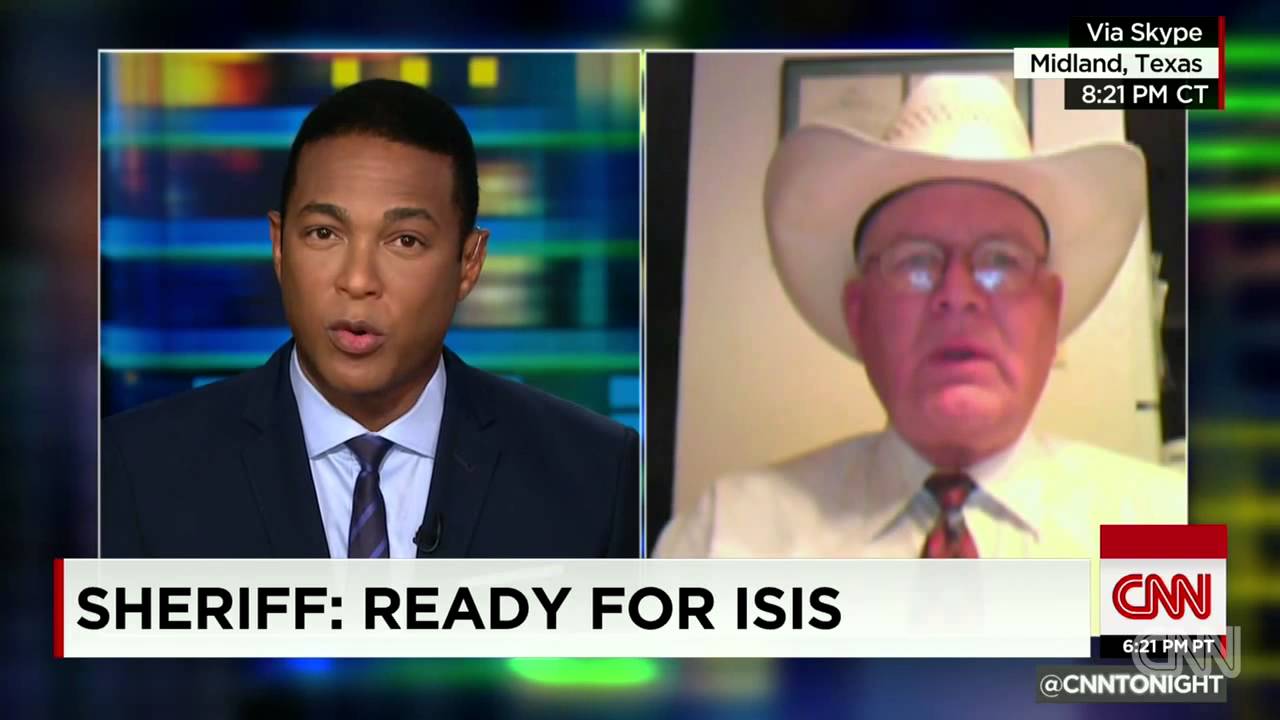 It’s not just a Texas thing. The federal government does the same thing and has for years. The Drug War hasn’t resulted in any less funding over the past forty years despite steep drops in crime rates and legalization efforts in multiple states. The existential threat of terrorism makes sure everyone from the DHS to local PDs have plenty of grant money to buy surveillance tech to hunt down amateur photographers and fast food thieves.

Donald Trump’s speeches have portrayed America as a war zone populated by criminals, sounding for all the world like he still believes it’s the mid-80s and everyone’s just now hearing about crack. Clinton is little better, willing to sacrifice encryption in the name of national security and put boots on the ground in response to state-sponsored hacking efforts.

The truth is America has never been safer. Crime rates have generally remained at historic lows for much of this decade. For all the talk about a “war on cops,” officers are safer than they’ve been in fifty years. Law enforcement wants us to belive sex trafficking is an epidemic, but long, well-funded investigations routinely fail to turn up any evidence of this. Any number of law enforcement and parenting groups portray every passing vehicle and pseudonymous social media account as potential child molesters, but the pedo playground they believe the internet is simply doesn’t exist.

All these histrionics have almost nothing to do with safety or any government agency’s concern about the wellbeing of those putting money in their pockets. It’s about the money. It always has been. The primary goal of any government agency is to secure the same amount of funding as last year, if not a little more. Whatever it takes to achieve that goal is deemed acceptable, even if it means using stats to lie to those controlling the purse strings.